April is the month of Easter and Golden Euro Casino will be celebrating with plenty of promotions. Kicking off the month with an addition to the mobile game selection as a favourite classic Jackpot game will join the line-up. The new game launching in April is also a Jackpot game which is sure to excite players.

This game will be launched April 21st with following bonus:

Jackpot Cleopatra's Gold is available on Mobile from April 4th 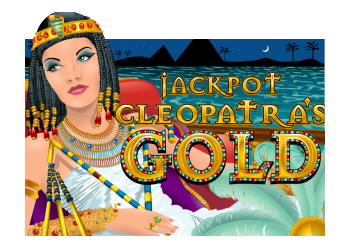 Explore the sands of ancient Egypt and seek the sources of Egyptian power…the mighty pyramids and the enigmatic Cleopatra. Pyramids unlock free spins and in-game multipliers, while Cleopatra completes winning lines as a substitute for lesser icons. The vast treasures of Egypt await the right explorer – get in on the adventure!

This game will be launched April 4th with following bonus:

Free Spins on Spring Wilds. This is also a new game which was launched at the end of March. Here is a little preview followed by the bonus information:

In a stroke of genius that even Sheldon Cooper himself would be proud of, The Big Bang Theory (the song) is an infectious earworm that sticks in your head for hours after you hear it. And to think it was written in the shower by frontman Ed Robertson.