What a Happy start to the New Year!

Golden Euro Casino is scheduled to publish 3 new games this months. Here are the details: 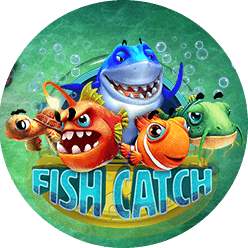 Now launching on the 16th of January after previously being postponed: Fish Catch; We are excited to announce the new venture into a multi-player game: Fish Catch. Submerge yourself in any of the four fishing spots to compete against other players in this amazing visual presentation of marine life.

To start, select the room you want to play in and then choose from over 20 fish species to shoot and catch. Note that each fish has a different value, so choose wisely, and that your choice of cannon determines your fire power and bet multiplier up to 10x, and while you fish, the Mermaid’s Luck feature may prompt any time and automatically spin a roulette to add winnings to your catch.

Game No. 2 to launch is called Wu Zetian

Hated by gods and men alike, China’s only female ruler Wu Zetian had a heart like a serpent and a nature like a wolf. Ruling for more than half a century, her time as Empress was known as the Golden Age. Immerse yourself in the times of the Tang Dynasty in this amazing slot with giant state-of-the-art symbols. And when 3 or more consecutive Gongs appear, watch as the day turns into night and 3, 4 or 5 reels connect to delight you with unforgettable free games. Wait no more to witness the beauty, wit and power of the legendary Wu Zetian. This game is planned to launch on January 16th!

Last but not Least is PIG Winner!

Due to launch on January 30th, this game celebrates the Chinese New Year. Red lanterns, Chinese knots, potted kumquats, and golden oranges are everywhere as Chinese New Year approaches. Ring in the year of the Pig joining the fun with this exciting all-ways-pay slot from RTG. With 243 ways to win, grouped Pig wilds on reels 2 and 4 will cumulatively double prizes, while 8 free games with insane retriggers are won whenever 3 or more scatters occur. So, join the fun and celebrate this new year with good fortune!

This Game will be introduced with following Deposit & Spins Bonus: