The month of July starts with a new game on the 4th followed by another on the 18th.

Some call them ‘Protectors of the Heavens’; others ‘Guardians of the Holy’. No matter the name, these Immortal Beasts of Eden protect the universe and its vast treasures. Come play this myth-filled slot, and delve into the magical realm of these Ancient Beasts.

When Center Dragon or Golden Medallions appear, they may reveal 2 additional Center Dragons, which hop to the other 2 positions on that reel. Free games with prizes that can double or triple are awarded when 3 or more scattered Coins appear. So, wait no more. Gain the guardians favour, and start to unlock riches beyond your imagination!

This game is planned to launch this week with the normal introductory bonus.

Panda's Gold is an exotic new slot from RTG, which plays at 88 lines for a 50 line bet! A re-spin to try to improve the feature is triggered if 3 or 4 scatters occurred.
8 Free Games are played after the re-spin, with 1 of 3 features awarded based on how many scatters have appeared. Prosperity Free Games, Wealth Free Games or Fortune Free Games can be won, with feature spins using powerful x3 or x8 Wilds! ! Expected launch date: July 18th! 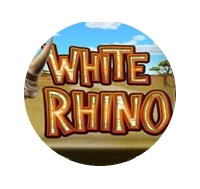 €500 July Tourney!
Golden Euro's monthly 500 EURO free-roll is hosted by the game White Rhino. The set-up is per usual: zero € for the buy-in, add-ons @ €4. We are sure your players will enjoy to play this game!

This realistic themed game has White Rhino substitutes that appear grouped on the middle reels and trigger the powerful White Rhino Feature with up to 30 free games to be won. The Kilimanjaro Re-spin Feature will hold any improved combinations as the reels spin and the Guide Feature awards 10 free games with the chance to triple prizes! White Rhino includes a huge top 5-of-a-kind prize of 30000 times your line bet, and multiple random jackpots, giving everybody a chance to win big on their safari adventure.